Ontario Minister of Agriculture, Lisa Thompson, visited our grounds in October and along with MPP Sam Oosterhoff, officially opened our new barn and toured our facility!

Just 4 days after our 2022 West Niagara Fair we were honored to host the RCMP MUSICAL RIDE at our grounds! 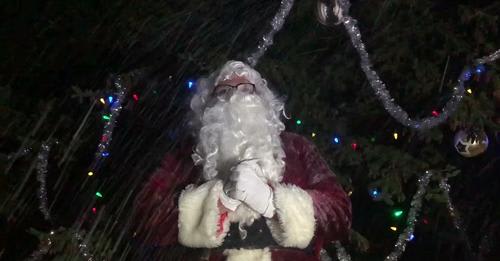 Panzeroli Wagon to host food drive
Food drive will be at West Niagara Agricultural Centre and Fairgrounds in Grassie on June 4 and 5.

On June 4 and 5, food vendor Panzeroli is inviting the public to drop off nonperishable food items to a food drive for West Lincoln Community Care at the West Niagara Agricultural Centre and Fairgrounds in Grassie.
Along with the food donations, a portion of the sales from the panzerolis sold on location that day will be donated to the West Niagara Agricultural Society, according to Jeannie Brooks, current operator of the Panzeroli Wagon.
Thirty years ago, Brooks’ parents Louie and Florence Maifrini started the business of selling "your favourite fair food" at different carnivals and festivals around the province. Panzeroli, a combination of a panzerotti and a ravioli is a recipe Brooks said was perfected by her mother many years ago.

With her parents now approaching retirement, Brooks said she decided to eventually take over the family business with her husband and children. And with the pandemic putting the wagon mostly out of commission for the time being, she said the idea for a food drive first came to light last August, when the vendor decided to host a similar food drive in Winona.

“We were overwhelmed with the response. We had lineups down the road, over a kilometre long with people that wanted these panzerolis,” Brooks said. “So that kind of reassured us that this was something that could be a good substitute for the fairs and festivals being canceled.”

She said this inspired a string of charity related food drives that saw Panzeroli not only connect with customers, but donate to local communities and initiatives including the Six Nations, research for cystic fibrosis, and now WNAS and WLCC. She said she hopes to do drives to benefit mental health initiatives and the Alzheimer Society in the future.
Brooks said events like these are a “win, win, win situation” as it now only allows the company to connect and grow their customer base, but also support the local community.
The drive will run June 4 from 5 to 8 p.m. and the June 5 from noon to 8 p.m.