“We are excited to be able to offer the fair this year at the new facility at the corner of Mud and Mountain roads. Much of this has been made possible by the community support in donations and grants. We are extremely grateful for John Deere’s support in building this community venue and supporting rural-urban ag-education going forward”, said Albert Witteveen, General Manager of West Niagara Agricultural Centre. 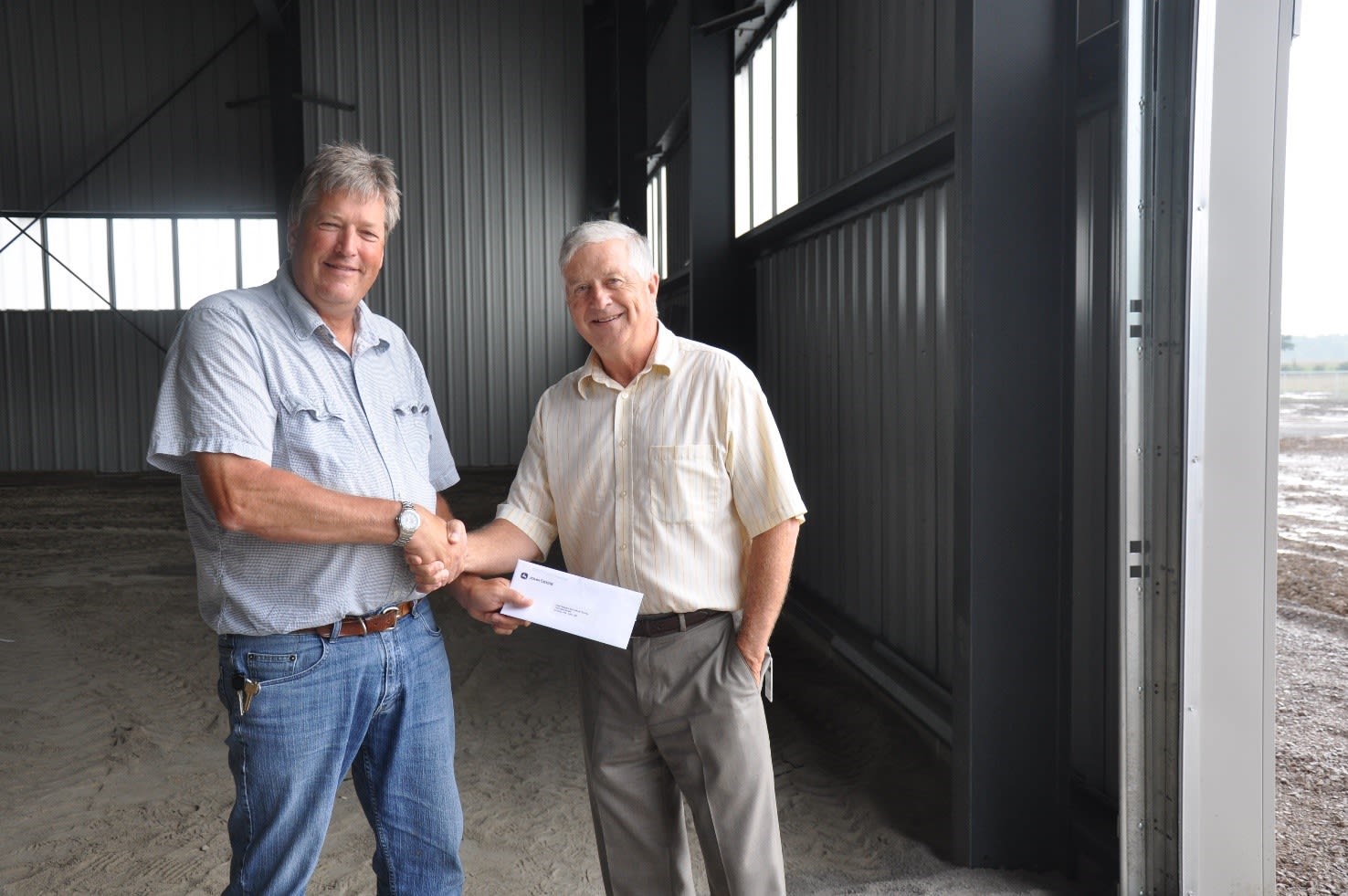 “The John Deere Foundation looks for community projects to support especially in communities with John Deere employees present. We have a strong focus on agriculture and community development” said Mike Blonski, President of John Deere Canada.

In March of 2014, the Raise the Barn, Grow the Community Fundraising Campaign was launched to help with costs associated with furniture, fixtures and equipment for the new facility. Grants and donations have been coming in steadily with a renewed interest from the community now that people can see the progress and realize the West Niagara Fair will take place at the new facility this year.